Antichamber is an exploration puzzler gone mad. On the surface, the game appears to be a simple white-washed maze with splashes of color as decoration, but a few moments running around in this world will reveal a much more complicated series of impossible spaces and lateral thinking. Hallways wrap around upon each other, spaces reconfigure themselves, and turning your eye away from obstacles may be the only way forward. In the world of Antichamber, nothing can be taken for granted.

Created by Alexander Bruce, Antichamber started out as an award-winning Unreal Tournament 3 mod called “Hazard: The Journey of Life”, picking up multiple honors in the $1 Million Intel Make Something Unreal Contest. But the upcoming commercial release has come a long way since its early roots.

“It may not look like it’s utilizing the UDK to its full extent, but there’s more going on behind the scenes than people realize,” said Bruce. “Everything from how the world constantly changes and wraps around upon itself seamlessly, to the subtractive aesthetic and linework rendering has involved picking apart the Engine and bending it in ways that weren’t intended. Unreal wasn’t specifically built for this kind of game, but no Engine was, and I’m fortunate that the UDK has been so flexible to allow me to do all of this crazy stuff.” 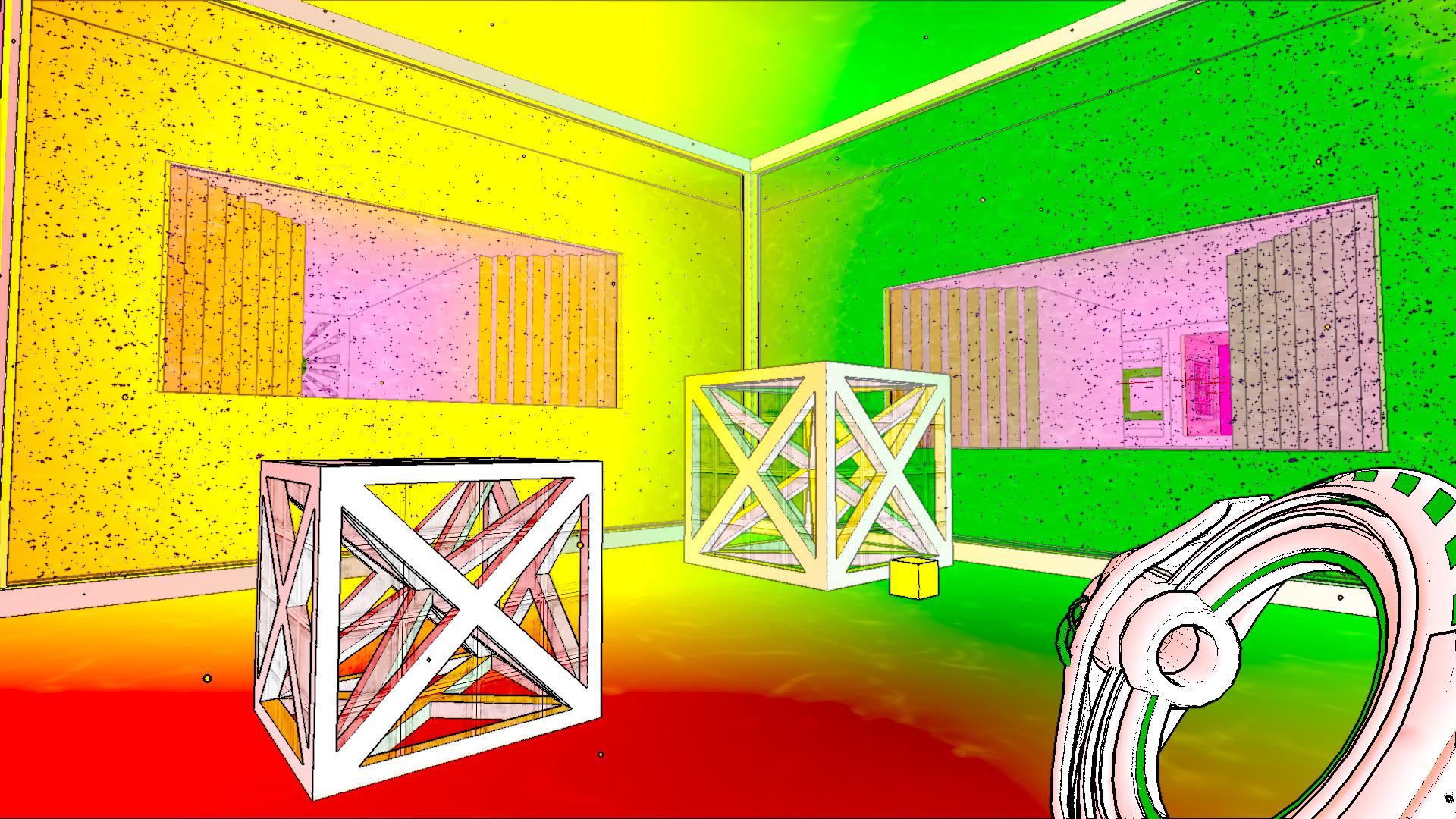 Having developed the majority of the game himself, Bruce was quick to recognize the value in using Unreal to realize his vision. “There were a lot of challenges in making Antichamber. Aside from the technical aspects, it’s very counter-conventional, and I’ve spent most of the last few years watching how people interacted with it and refining it to make sure it felt right. Having an Engine and tools that just get out of the way and let you get the job done is a huge benefit.”

People are definitely taking notice. Antichamber is on its way to a full-fledged release on Steam, and if awards are any indication, it’s going to be pretty darn good.

After walking away with a host of accolades, including Technical Excellence at the 2012 Independent Games Festival, a selection as one of the PAX10 winners at the Penny Arcade Expo and getting backed by the Indie Fund, Antichamber certainly isn’t lacking in momentum. Get ready to have your mind blown, put back together, and maybe learn something about yourself along the way.